We have been preparing for this recital, however, because of the outbreak situation of the novel coronavirus,
we decided to follow the Japanese government measures to postpone this event.
The renewed schedule will be announced on this websites when decided.
We will be very grateful for your understanding.

A Message from the Performer

By happen stance, I was introduced to a clavichord Bernard Brauchli brought to the class at New England Conservatory of Music in 1974. When he played, a beautiful tone came out from the square box, but when I tried it, there was no vibrant sound at all! What a difficult keyboard instrument! Soon I borrowed a clavichord from a friend in my dormitory room and was totally addicted to producing a better sound from the clavichord with very little sleep for many, many nights in the quiet.
When I returned from Boston to Japan, I had my half-assembled clavichord from a kit with me which I finished in Japan.
Later, I was able to study further in Holland, having weekly lessons on the beautiful Christian Mueller’s organ in the Bavo Kerk of Haarlem, which by the way, W.A.Mozart is known to have come to enjoy, also.
Right before my return to Japan from the Netherlands in 1980, I met Keith Hill at Professor Harald Vogel’s and immediately knew I would need a pedal clavichord from him in Japan.
The pedal clavichord arrived in 1982 in Tokyo and it was an ideal practice instrument for me in a small living setting with a growing family. I did not have to disturb our just born baby, either. This was mainly for my organ repertoire.
Later, I was introduced to the clavier works of C.P.E.Bach and F.J.Haydn and learned how so much they were in love with the clavichord. I was surprised that W.A. Mozart was traveling with the clavichord and playing larger instruments at home, too. Not to mention that the clavichord was used to compose his Requiem.
In 1995 and in 2013 I attended and performed in the International Clavichord Symposium at Magnano, Italy by the recommendation of the founder Bernard Brauchli, my former classmate and was introduced to an inspiring international clavichord community.
At present, the clavichord is rather widely known, but I still feel there is a modest mission left for me to introduce the hidden music realm of this most quiet yet most dynamic magical instrument.
The instrument builder Keith Hill has created what he calls a “Hill-Ber-Fori” dream piano, based on the Cristofori Fortepiano of 1726, with a taste of Silbermann piano with Hill’s acoustical endeavor in 2009. I am happy to finally able to dedicate Hill’s opus 420 after 10 years from its completion. In order to show how C.P.E.Bach, W.A.Mozart and F.J.Haydn must have conversed with the clavichord in their private domain, I am treating this fortepiano as a louder clavichord for a public in the music hall of 315 seating in Ginza, Tokyo!
If you happen to be in Japan in late May, please let us know!
Tomoko A. Miyamoto 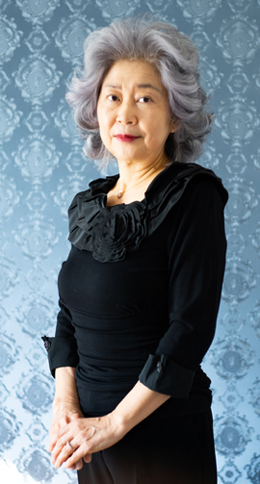 When one hears recordings made on the original pianos made by Bartolomeo Cristofori, the sound is thin, wirey, extremely noisey due to all the clacking sounds made by the action, while underneath all the distracting and disappointing sounds on the recording somehow is a firm, sweet, singing tone, all of which is buried by all the surface unpleasantness. When I first had the opportunity to study one of Cristofori's pianos, the 1726 piano now in Leipzig, I was overwhelmed with admiration at the absolute genius of this man's understanding of the art of acoustic enhancement, of his understanding of the subtleties and complexities involved needed to make a successful piano action, and of his understanding and command of the engineering required to build a successful piano. All that understanding of which becomes totally obscured by the various decidedly underwhelming recordings recently made on the actual pianos that he made.

So, I made it my goal to resurrect his reputation, so to speak, by correcting all the mistakes made by restorers, whose main job it is to protect the original pianos from breaking apart under the strain of what I consider to be the proper stringing of Cristofori's pianos. In a sense, my aim is to restore Cristofori's unqualified reputation by building copies of his pianos using his scaling, his methods, and his designs yet at the same time applying a few piano making improvements to my instruments that were invented after Cristofori died...specifically, to remove every cause of noise making aspects in Cristofori's design of his actions so that the sound that we are hearing today is the sound that I feel he was after. I hope and trust that you, the listener, will appreciate Cristofori's genius when you hear my understanding and realization of his spirit and intentions.
[Concert Review]
The final concert of the second “International Symposium of the Clavichord” took place at Magnano (Italy) last Saturday.
(The middle is omitted.)
“The (five) performers remarkably impressed the audience and it could not be otherwise, since they were some of the best specialists of this instrument today in the world. In the general context of absolute perfection in performing, the extreme sensitivity of Miyamoto was particularly impressive: she could achieve extraordinary dynamics, going from pianissimos, hardly audible but still vibrant and warm, to fortissimos rich both in colour and sound.”

(September 29, 1995 by Sandro Frola, of il Biellese translation by U. Pineschi)


“What is important is that this recording captures the harmonious encounter of an original clavichord and a brilliantly charismatic performer.”

Tomoko Akatsu Miyamoto / Fortepiano, Clavichord
She was born in Tokyo and received her early organ training at Juilliard in New York City where her father’s business transfer brought her. She is a graduate of Fort Lee High School and upon her return to Japan attended the University of the Sacred Heart in Tokyo for two years and transferred to New England Conservatory of Music in Boston to study with Yuko Hayashi, earning her Bachelor of Music and Master of Music degrees, with honors, in organ performance. Her other teachers include Allan Birney, Harald Vogel, Luigi Tagliavini and Klaas Bolt.
She is a recipient of Netherland’s National Scholarship and in 1980 received a Solo Diploma in organ performance from the Sweelinck/Amsterdam Conservatory.
She has had 16 years of pedal clavichord and 46 years of manual clavichord experience. As an accomplished performer on the clavichord, she has given master classes and performances in Italy, Germany, the USA and Japan.
Tomoko’s clavichord CD on the Lindholm Clavichord “The World of the Clavichord, discovering a Concealed Realm” is released as the Collection Series 23 of Hamamatsu Museum of Musical Instruments. (LMCD1902)
In 2018 she was granted Professor Emeritus from Ferris University, Yokohama, where since 1989 she has taught over 1,000 students on the Opus 17 of Taylor and Boody Organ.